On February 29, 2016, Federal Magistrate Judge James Orenstein ruled that the FBI cannot force Apple to provide it with a way to access locked iPhone data.  Judge Orenstein issued a fifty-page ruling finding that the question at issue is not whether Apple can be forced to unlock a specific device but, “is instead whether the All Writs Act resolves that issue and many others like it yet to come,” and the Judge determined it did not.  Judge Orenstein pointed out that using a law written in 1789, the All Writs Act, to compel tech companies to create back doors into smart phones, or any other piece of tech, in order to obtain secure data is inappropriate given that the law was written at a time when the it was impossible to predict a world where a small rectangular phone could be used to schedule meetings, send text messages, and record video.

Judge Orenstein went on to say that the current U.S. Congress needs to act by passing new legislation, “[t]he debate must happen today, and it must take place among legislators who are equipped to consider the technological and cultural realities of a world their predecessors could not begin to conceive.”  Judge Orenstein did agree with Apple’s contention that the government was seeking to put too high of a burden on Apple by trying to force Apple to “bypass [ ] a security measure Apple affirmatively markets to its customers.”

The ruling, while a boost to Apple’s current fight with the government over whether it has to create a backdoor into their operating systems, but it is not binding on the Courts in California who are now considering the San Bernardino case.  So, for the time, Apple has obtained a victory, but the war being waged over the security of smart phones and computers will continue to move forward and will likely take action from the Supreme Court or the U.S. Congress. 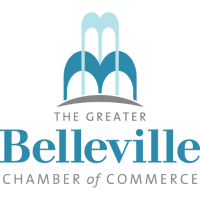 John Hipskind was amazing! He was reliable, honest, and made me feel confident. John was always there when I had questions and very responsive…

I can’t say enough good things about John. He truly cares about providing the best possible representation for his clients. I would highly recommend him!

Brady did an outstanding job. I didn’t have to do anything or miss any work due to his exceptional service!! I would recommend him to anyone!

I had a wonderful experience with my attorney Brady. He showed compassion and was always there to answer any of my questions.

Brady helped facilitate my medical appointments, and made sure everything went smoothly. He settled my claim in a relatively short time.

John Hipskind was always a phone call or text away (we heard back from him within minutes). We are so pleased! You will be happy to have chosen him!